The Book That Inspired Pirates of the Caribbean

Doesn't the Swedish winter just want to make you crawl up with a cup of hot chocolate and a good book? Well, if you're in need of a recommendation, David M. has written a short review on one of his favorite books. Let us know if you would like to see more book reviews/ recommendations! 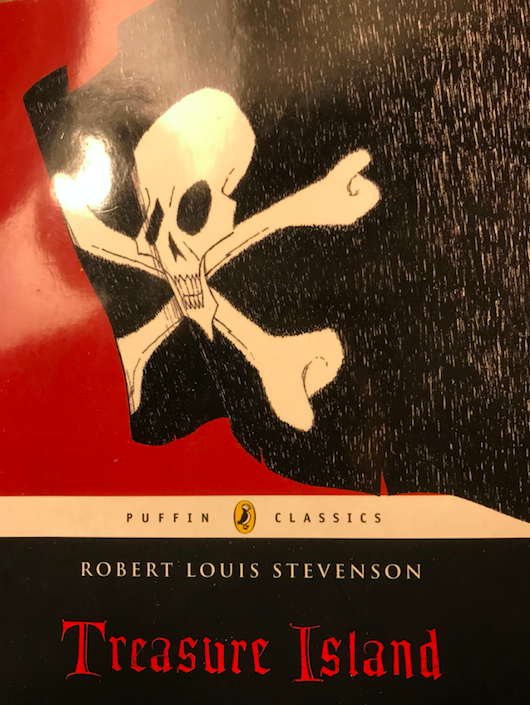 Treasure Island by Robert Louis Stevenson is book that truly lives up to the saying, “Often imitated, never bettered.” Here is a story that will forever be a ‘treasured’ literary classic. Many have tried to imitate it and reach for the same adventurous spirit and elegant charm that it so easily flaunts. Published in 1883, it has since captured minds and imaginations, transporting those who read it away from the mundane and the boring to the high seas.

Arguably one of the most influential stories of all time, Treasure Island did what so few books have done: created a new genre. Considering how old the book is, it is surprising that it is the inspiration to many movies and books: from Gore Verbinski’s Pirates of the Caribbean to the infamous Muppets’ Treasure Island. At its height, the book easily captures your attention and sets your imagination afire with dreams of adventure and high seas.

The book is narrated by one Jim Hawkins, who starts his adventure living with his father at their inn. One day, Jim meets the bloodthirsty pirate Billy Bones, though he doesn’t know it. When Bones  dies of a mysterious disease, Jim suddenly holds the key to enormous wealth and fortune, on a fabled island in the Caribbean. Preparing an expedition, Jim and his fellow companions set sail for the island. The following escapade is filled with mutiny, bravery, greed, and a whole lot of action.

Unfortunately, the book is not without issues. One problem that inexperienced readers will find difficult about the book is the language. Stevenson’s wording is elegant yet difficult to follow and archaic speech can be found in the book. In addition, the overall high amount of action and adventure makes the intervening parts of the book uninteresting.

Overall, Treasure Island is an excellent book to read. A fun, but challenging book, that will open your imagination and express to you the greatness of adventure.  Treasure Island is a critically acclaimed story that has influenced countless readers throughout time.