The grade 10 Drаma group put on a performance- and it was an undeniable success. Here's a review from Joshua M. in grade 9. 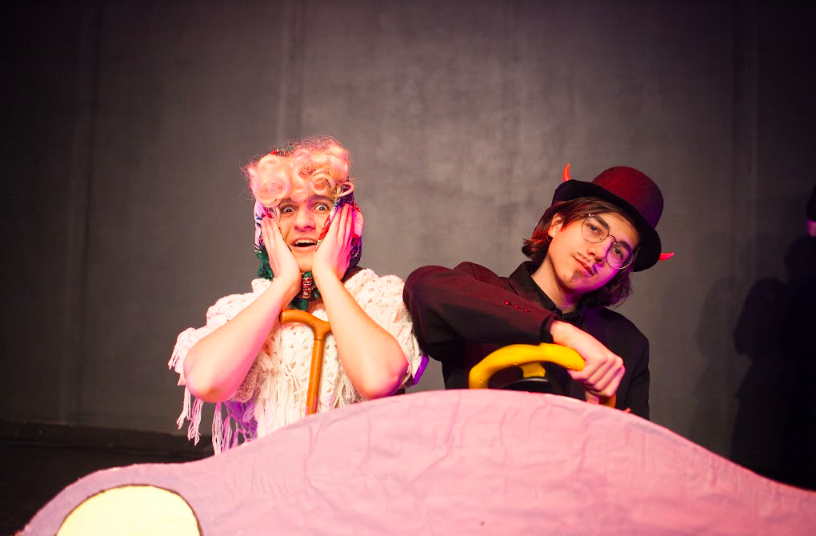 The Brothers Grimm was a quality theatrical piece. Possibly one of the best the school has ever produced so far. The show was indeed an eye-catching, entertaining and highly comedic drama which exceeded all expectations for an amateur drama group, and received several positive comments from other school members.

The play featured a range of Brother Grimm fairy tale classics such as Rumpelstiltskin, Hans and Gretel, Snow White and the Seven Dwarfs, The Devil’s Grandmother and Cinderella, all with a modern pop culture twist in the story. The actors, scriptwriters, and producers managed to tie modern day pop culture with the Grimms’ fairy tales, all in a hilarious manner that made the audience laugh in hysteria. The actors also took advantages of the opportunity to involve the audience throughout the play, by using two narrators and scripting the plot to create audience interaction to further make the play enjoyable. Audiences were given roles and queues to create noises, shouts and chant all contributing to the theme and comedy of the play.

Aside from the actors and plots, it is important to note and appreciate the work gone into the setting, props, and music. Given limited space and time, the drama group managed to ace the performance. Excellent detail and effort went into creating background settings, props, costume design, and quality music – all contributing to the performance on the whole.

On the whole, the Brothers Grimm drama was a well executed and highly entertaining performance that had us all sharing a laugh from start to finish. One of the year’s best performances.