How far could you go to maintain a social media streak? Editor, Josefine S, looks into the future to see how this might look in 75 years time. 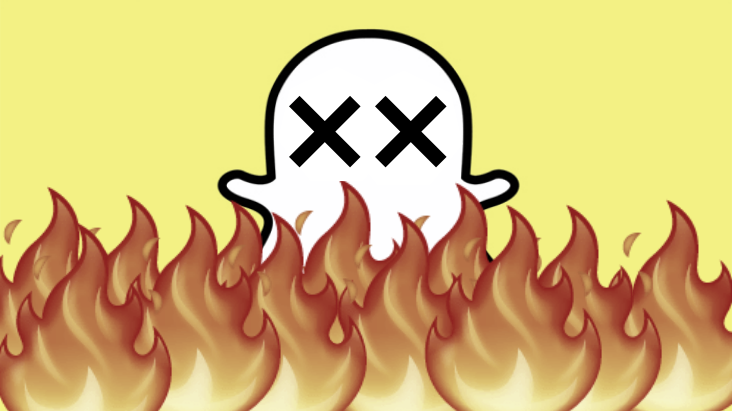 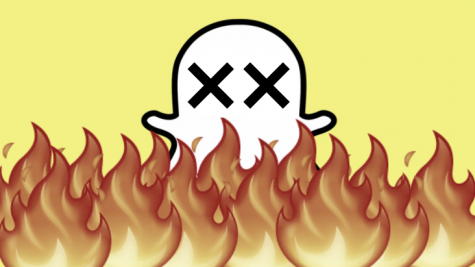 A small, cracked, ancient mobile phone screen lights up faintly and shows a logo of a white ghost with a yellow background. After the application initially starts up, the name Gabbie shows up with a red heart and fire symbol next to it, as well as the number 27375. The phone? A limited-edition Apple iPhone 30, a non-holographic design meant to be reminiscent of the era of physical phones in the 2010s. The application? Snapchat, a popular social networking platform from that time. The significance of the number 27375? Well, that’s the number of days these best friends have held a so-called “streak” together on this app, formed by sending each other pictures back and forth daily without interruption.

“As far as I’m concerned, we are the streak,” says streakholder Betty Jackson, a 75-year-old lady from the Divided States of America (known in her time as the United States of America). “Gabbie and I forged this friendship through Snapchat at birth, and the number 27375 perfectly encapsulates the 75 years we’ve spent snapping together.”

When Betty Jackson and Gabbie Schwimmer were born in 2015, their respective parents (who were good friends at the time) each set up individual Snapchat profiles for them and started sending streaks from day one.

“I guess they wanted to break a record or something,” Gabbie laughs. “I think they’d be proud if they could see us now. I mean, we’ve dedicated our lives to this, if I’m being honest. I don’t know if there’s more in this world that you could be proud of.”

Alongside learning how to walk and talk as children, the girls also were taught at a young age how to keep and maintain a Snapchat streak. As Betty puts it, “Streaks always come first, we learned quickly. No streaks, no dinner. I kept getting told I’d be dumped on the streets if I ever lost this streak, so I’d say that was a pretty strong motivator.”

Everything was going along smoothly throughout their younger years; Snapchat wasn’t as popular as it had been the decade before, but it was still up and running. However, the inseparable pair hit a roadblock in 2030.

“I remember just pure panic,” Betty says as Gabbie nods gravelly beside her. “I ran around for 24 hours straight, contacting everyone I knew, desperately trying to keep this streak alive.”

In the early 2030s, the Greater Depression hit the Western world as Donald Trump was re-elected American president. Businesses shut down, viruses spread freely, and many people lost their jobs and homes. At the same time, hologram technology was booming, leaving many mega-companies who were unable to convert from physical tech to holotech to shrivel up and die.

Among these companies were the social media sensations Instagram, Twitter, TikTok, and, unfortunately, Snapchat. Facebook was also affected, but since it had a massive amount of support and funding from its target audience of the Baby Boomer generation, it was able to live on to this day (although it is now better known by its name FaceHologram).

With Snapchat down, Betty and Gabbie were at a loss. What kind of power could two white, rich, privileged American women possibly have when it came to their Snapchat streaks?

Fortunately, word spread quickly. News of Betty and Gabbie’s streaks, which had already reached a record number of 5475 at that point (15 years), reached Snapchat headquarters and a fundraiser managed to pull in enough money for the company to support two more accounts: Betty’s account, and Gabbie’s.

“I… I don’t even know how to describe it,” Gabbie chokes out. “I was so honored. All of these people coming together, within 24 hours, just to save our little streak!”

Betty coughs. “Well, it really wasn’t so little. And with all of the work we’d put into this streak, we kind of deserved it.”

In a mad scramble of 24 hours, the girls were able to send each other pictures in just enough time to keep the streak going. The money left over from the fundraiser went to their shopping fund.

“The Greater Depression might’ve been raging and, hey, we might’ve been through some rough times too, but at least we had this streak to comfort us and keep us going,” Betty says with a smile.

The next 55 years were relatively smooth sailing. They’ve made Guinness World Records for decades in a row. Their houses are specialized to be equipped with ancient, early 21st-century power outlets to charge their mobile phones; their mobile phones are replaced every five years by limited-edition Apple phones that support the Snapchat app; and the Snapchat app is exclusive to them, only running because of a campaign that was started over half a century ago.

“We’ve come so far,” Gabbie says, and the corners of her eyes crinkle as she smiles. “I can’t imagine doing anything better with my life.”

When asked about what would happen when the inevitable happens–when one of them dies and the streak can no longer be sustained–the girls laugh in eery unison.

Gabbie smirks. “We’ve kept this streak through birth, through teenaged drama, through the Greater Depression, through our whole lives. I think we can manage a little death.”