The QQ has been on summer holidays, but we are now returning with a new team of reporters. The first article out is by grade 11 students, Efoda and Shanmathi. Here is their report on the iPad takeover! 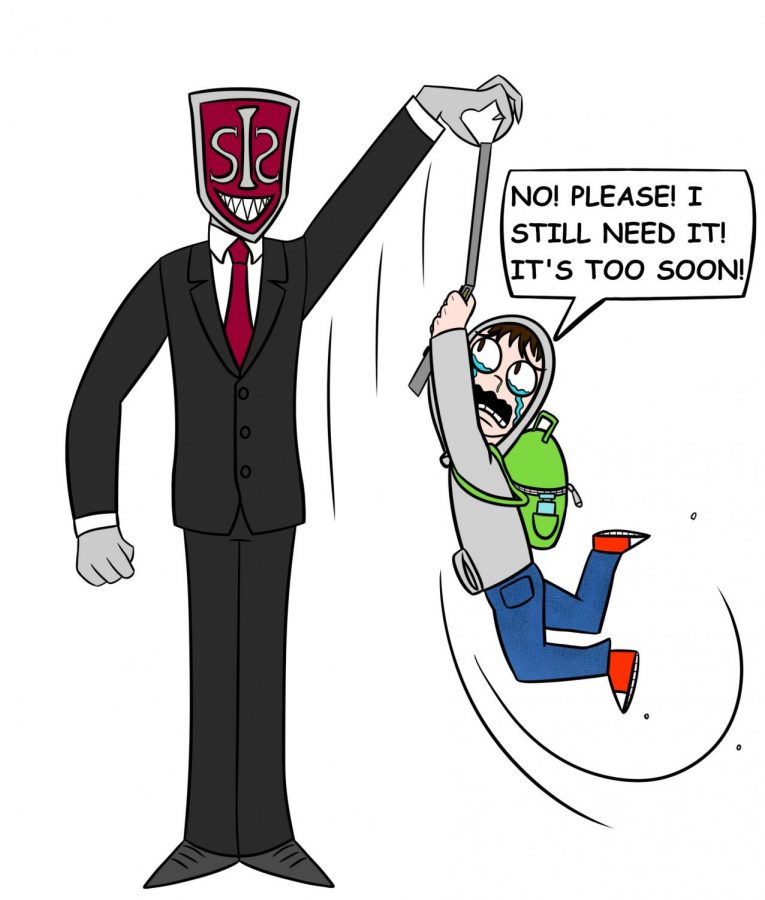 With the new campus and new technology, the start of the IBDP has been nothing short of eventful for the class of 2023. The change from laptops to iPads has been a major point of discourse over the past weeks, and now that they have arrived, let’s take a look at what’s going on.

At the start of school, the new students in the 11th grade were given iPads and Apple Pencils in place of the usual laptops provided to DP students at SIS. This was shortly followed by the news that the rest of the 11th graders were to have their MacBooks replaced with iPads and Apple Pencils—an announcement met with much anxiety and disapproval by many of the grade 11s. Students’ complaints turned into action and they contacted the school’s tech team and even started a petition. “The reason behind the petition was wanting to be heard by the school and actually being a part of such an important decision,” said one student. However, the decision was made and the 11th graders now bare Ipads to class.

After the exchange last Thursday,  students are still adapting to the change from computers to iPads – a change has created many different opinions. A week has passed and returning students are now making comparisons between the iPads with Apple Pencil and the old laptops. Around twenty percent of the students we spoke to were against the iPads completely, while the majority could see some benefits. Something that was repeated by about  80% of these students was that the iPads were replacing the notebooks rather than the computers. “They work well as a complementary device, but they don’t work well alone,” said one of the returning students. A lot of the complaints weren’t against the iPads themselves but rather the keyboard. “The keyboard is quite a bit smaller than the laptops and makes it more difficult to type, especially when writing essays or long texts,” said another student.

The new students, constituting roughly 25% of the 11th grade, were given iPads right from the beginning of the school year, which means have never had computers in the first place.  “As a new student, I didn’t get the opportunity to use a computer, so I’m not really familiar with what I didn’t get to have. I quite like the iPad and how you can take notes on it and save everything on it really easily.”

Surprisingly, the majority didn’t find the iPads as bad as initially expected. Perhaps as time goes by, more students will become accustomed to the new change in technology—though, others seem firmly rooted in team-laptop. Did the iPads really replace our computers or are they just becoming a replacement for our notebooks instead? Will this become an academic breakthrough?

The QQ will be bringing you updates on this issue. Look out for our next article.