Where are all the DP students? Mia A, a grade 11 student, has written about where you can find them! 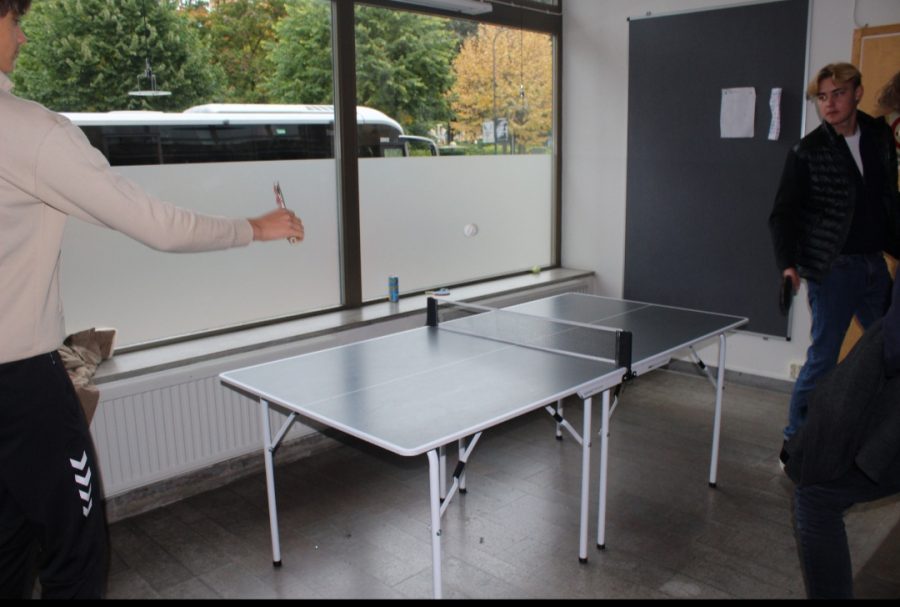 Something that has benefited many students located in the OPG building is its location. Being located within a 5 min walk from T-centralen has made it easier for students traveling using public transportation since it’s a station that forms the heart of the Stockholm metro system. Meaning that it is the only station where all three of the system lines meet. “Since I take the blue line when going to school I would usually have to change trains in T-centralen and that would take me to Hötorget, where the annex is located. Since the OPG the travel time has become less and much easier,” said a student in 11th grade.

Not only is the location good, but the actual building is considered to be quite nice as well. Ten different classrooms, plenty of clean bathrooms, and a big lounge area for students to spend their breaks in. What more could you ask for?

Many students’ favorite place is the ping pong table, which has been busy since the first day of school. I haven’t even got the chance to try it out yet. If you’re a coffee lover like me, you would be thrilled about the coffee machine. During breaks students from each grade get together and play ping pong or drink a tasty cup of coffee while waiting for class to start.

Could this building really be that flawless? Although the building has welcomed students with many exciting features, there might still be something lacking. A few students have said that some of the eating places are far from the building and it takes quite a while to get there. “I really like this building especially compared to the buildings we used to be in (annex B & C), because we don’t interact with younger graders and there is plenty of space for all of us. The only limitation is that the building is far away from some eating areas,” said a fellow student.

Will the thoughts on the OPG building change over time? Is separating the different grades beneficial, or maybe not? We’ll keep you updated.