More Korean Drama in “D.P. – The Police of Soldiers.”

Jiyoon K. reviews yet another Korean Netflix series. Warning: you have to be 16+ to watch this! 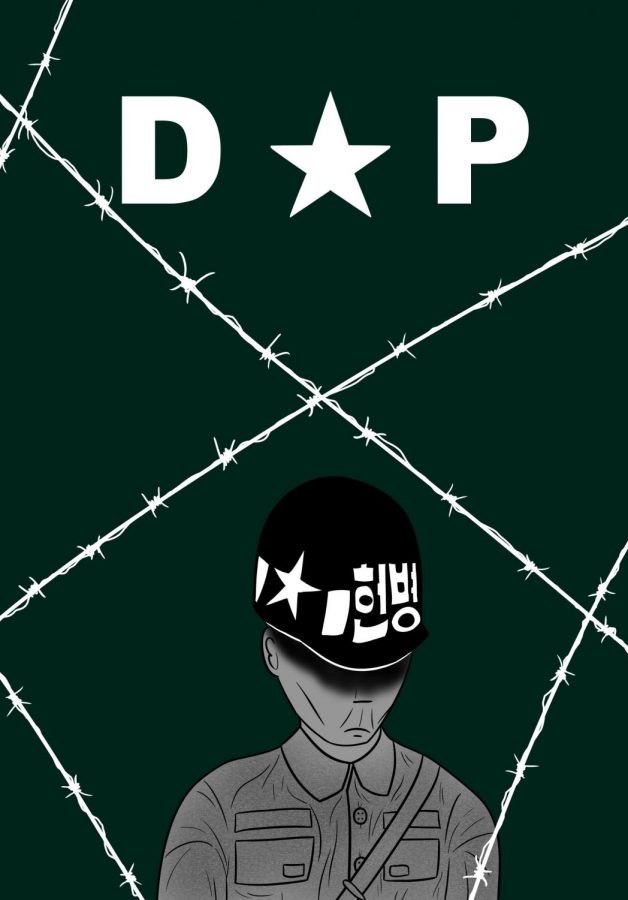 Have you ever had an obligation you wanted to run away from?

For many men in South Korea, this would be the mandatory military service that they must undergo between the ages 18 and 28. The service lasts for 18 months, and unless valid reasons are given, failure to complete this duty may result in imprisonment for up to three years.

Speaking of the Korean military service leads us to our main character today, Ahn Joon-ho (played by Jung Hae-in), in the Netflix series D.P. In an attempt to run away from his wearisome life, Joon-ho enlists in the South Korean military. As he begins his notoriously hard 18 months, Joon-ho realises that reality is much harsher than expected: intense training from day to night, strict rules he must follow and cruel superiors who allow no room for slack. The worst of them all is definitely Sgt Hwang Jang-soo (played by Shin Seung-ho), who verbally and physically abuses his juniors on a daily basis.

Despite such difficulties, Joon-ho also builds friendships during his service. One particular friend he meets is Jo Suk-bong (played by Jo Hyun-chul), a private who enlisted in the military right before him. Although Suk-bong is the target of abuse from several superiors, he perseveres and promises to treat his juniors in a more humane way.

One day, Joon-ho is offered a place in the D.P. (Deserter Pursuit). As the name suggests, the D.P. is a team of Korean military policemen with the mission to catch deserters who have fled during their military service period. Once in the team, he is introduced to Corporal Han Ho-yul (played by Koo Kyo-hwan). Combining Joon-ho’s skills with Ho-Yul’s experience in the D.P., the two soldiers begin their chase after deserters from the Korean military.

As a huge fan of Korean independent films, Koo Kyo-hwan and Jo Hyun-chul were familiar actors to me when I first saw D.P. Based on their performances in films such as Jane and The First Lap, I instantly knew that good acting was guaranteed in this series as well. Another noteworthy characteristic of the series is its portrayal of modern societal issues. Despite the Korean military in 2014 being the main setting, Director Han Jun-hee incorporates other issues such as bullying, poverty, and abuse. His message is not only directed at those associated with the military but widely spread to a universal audience.

Throughout the series, there were many times when I thought to myself,  that there is no way this happened in real life. While the characters in D.P. are fictional, the plot itself has in fact been inspired by real-life events in the Korean military. Knowing this real-life context provides a whole new perspective to the audience, as we realise the heavy and serious nature behind the colourful action scenes.

All in all, I recommend D.P. to young adults who enjoy fast and vivid action films. The six episodes contain not one scene that is boring and will make you laugh and cry with the characters. The only precautionary point to make is on the few violent scenes that may be inappropriate for a young or sensitive audience, as the plot deals with issues of physical and verbal abuse. So, if you are a young adult interested in lively action films with a meaningful social message, I suggest you give D.P. a try!