A new reporter, Aaratrika, brings us this exciting review of a book by Leigh Bardugo. 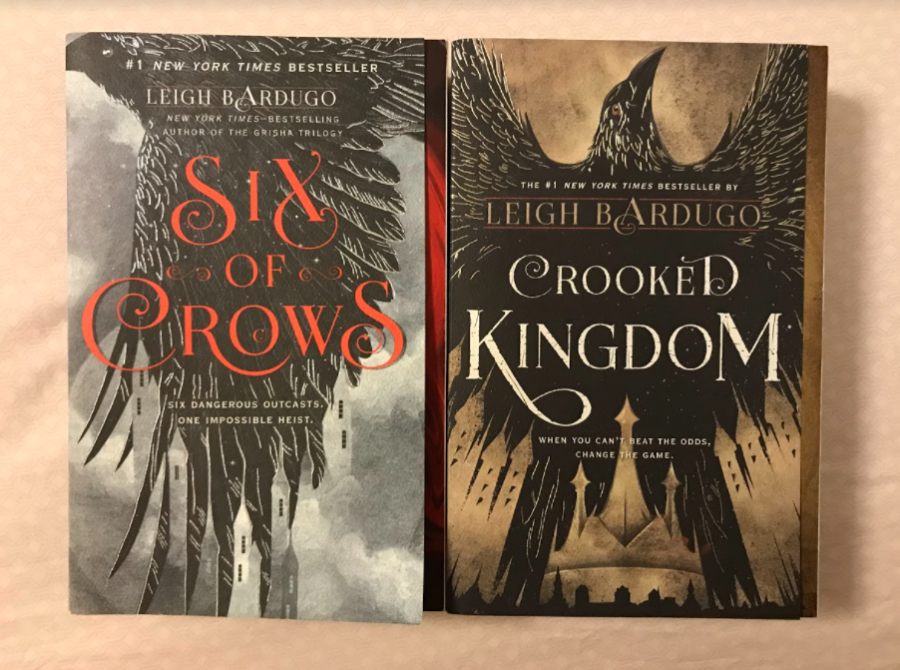 Gang leader Kaz Brekker is tasked with the mission to rescue the creator of a powerful and dangerous drug called jurda parem, from a nearly impassable prison. In order to do this, he recruits five other young adults, through which we meet the skilled and unique crew: Kaz Brekker, Inej Ghafa, Jesper Fahey, Nina Zenik, Matthias Helvar and Wylan Van Eck. Despite their wide array of talents, they are not without their fair share of problems, both in the form of tensions within the crew, as well as rival gangs that compete to complete the mission first, if only to use jurda parem for their own gain. As the story unfolds, we see the group find cunning ways to get past obstacles, as well as bonding through the process, ultimately creating a satisfying and action-packed fantasy story.

Six of Crows is a story that begins slowly and a little complicated due to the terminology and introduction of characters, however, as it picks up the pace we are pulled into a world of action, adventure and fantasy. Through the use of switching points of view, Bardugo manages to develop a cast of morally grey characters with unique personalities, backgrounds, and motives, interweaving them into the plot without shadowing it. As opposed to the predecessor, the Shadow of Bone trilogy, my first thoughts after finishing were that the story is much more evenly paced, allowing better world-building and development of relationships between characters that has the reader invested (the engaging and hilarious banter being a bonus!).

Ultimately, Six of Crows is an action-filled duology full of surprises and turns that leaves the reader yearning for more. Be mindful that there are scenes that involve violence and semi-descriptive gore; and although the terminology and world can be confusing at the beginning, it develops into an intriguing and gripping story, with fantastic characters and a captivating journey.