The QQ hopes you are all enjoying the holiday season and would like you to take a moment to look back at the Nobel Evening in December. We will be back with more news and views when school begins. 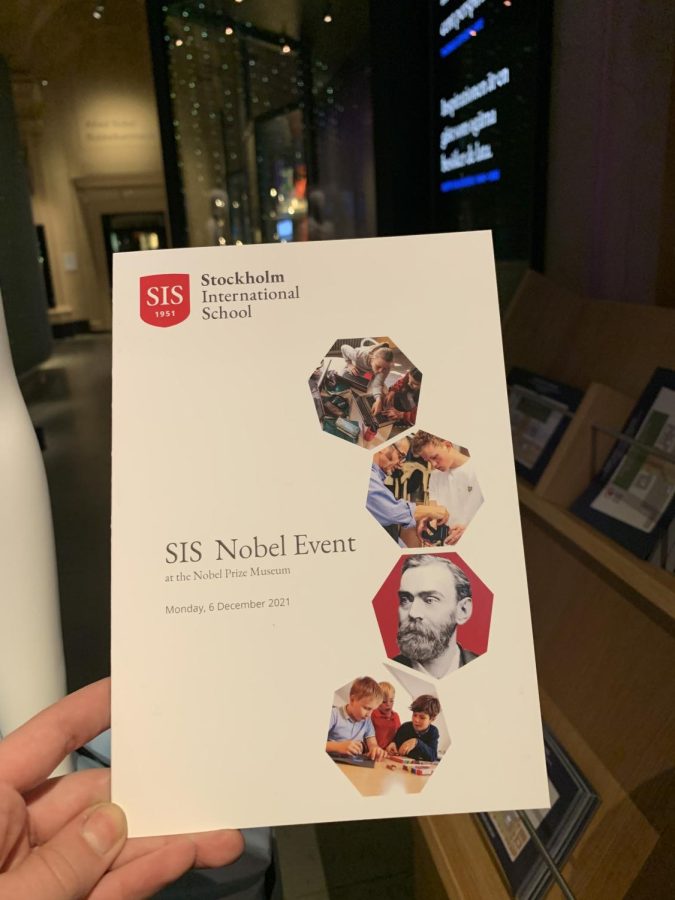 On Monday, December the 6th Stockholm International School hosted the Nobel Evening Event at the Nobel Prize Museum. One of the main features of the programme was a talk from the invited guest speaker: Vidar Helgesen, the current Executive Director of the Nobel foundation:

The Nobel Prize springs from a will written in 1895 and the first prizes were awarded in 1901. Why and how are these prizes still relevant in today’s world – and how can they benefit humankind in the future?

Since the event was located in the Nobel Prize Museum, the guests were also able to walk around and see the exhibit for themselves. In some cases, they even might have been able to ask the inventors themselves about a particular object! Throughout the evening drama students from Stockholm International School, under the guidance of their teacher Anneli Thompson, were bringing former Nobel laureates to life. With the talent of the young actors, the guests were able to see and talk to Albert Einstein, Marie Curie, Jennifer Doudna, and Emmannuelle Charpentier, J. J. Thompson, Alexander Fleming, and many others.